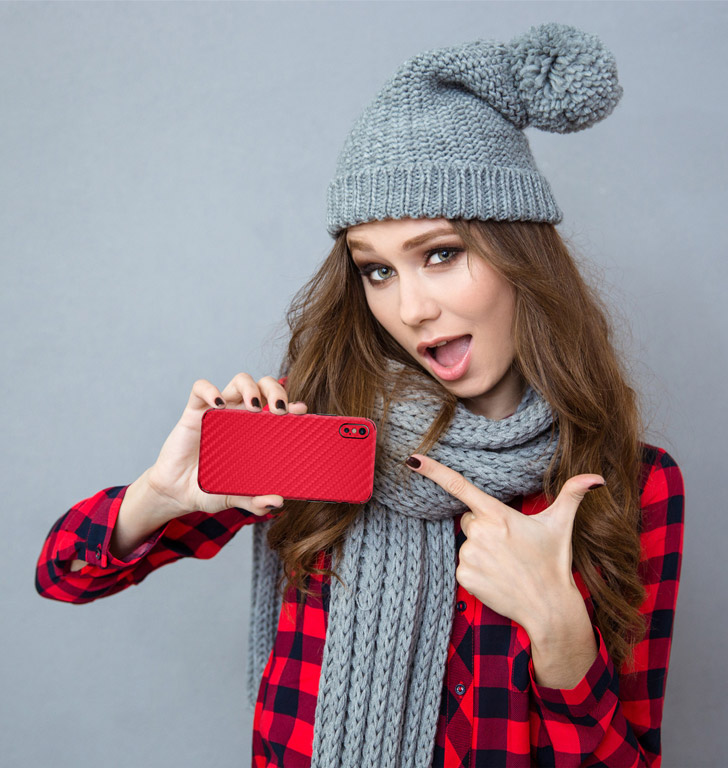 NO PURCHASE OR PAYMENT OF ANY KIND IS NECESSARY TO ENTER OR WIN. A PURCHASE WILL NOT INCREASE YOUR CHANCES OF WINNING.

OPEN TO ELIGIBLE LEGAL RESIDENTS OF THE 50 UNITED STATES AND DISTRICT OF COLUMBIA WHO, AS OF THE TIME OF ENTRY, ARE AT LEAST 18 YEARS OLD. VOID IN PUERTO RICO AND ALL JURISDICTIONS OTHER THAN THOSE STATED ABOVE AND WHERE PROHIBITED OR RESTRICTED BY LAW.

The #jointhemvmt contest (the “Contest”) is open only to an individual who is (i) eighteen (18) years of age or older at the time of entry and (ii) a legal resident of the 50 United States or the District of Columbia. Void in Puerto Rico and all jurisdictions other than those stated above and where prohibited or restricted by law. The following individuals are not eligible to enter or win a prize: employees, contractors, representatives, agents, directors, and officers of Pedco, LLC. (“Sponsor”) and its parent, subsidiary, or affiliated companies, marketing agencies, and any other parties involved in the administration of the Contest (Sponsor, collectively with the foregoing, the “Contest Parties”) and each of the immediate family members of such excluded individuals (i.e., spouses, parents, children, siblings and the “steps” of each) and all persons living in the same household of each. By participating in this Contest, entrants agree to be bound by these official rules (“Official Rules”) and by the decisions of the Sponsor in all matters relating to the Contest.

The Contest is a series of separate contests that run monthly, beginning at 12:00:00 am MST on the first day of each month and ending at 11:59:59 pm MST on the last day of each month until Sponsor discontinues the Contest, except the first month’s Contest which shall begin at 12:00:00 am PT on March 1, 2019 and end of the last day of such month (each period shall be considered an “Entry Period”). Each month is a separate Entry Period for a separate contest.

NO PURCHASE NECESSARY AND NO ENTRY FEE, PAYMENT OR PROOF OF PURCHASE IS NECESSARY TO PARTICIPATE.

You can submit as many photos as you like, but each individual can only win the Contest once.

Your entry will only be deemed eligible for the contest applicable to the month in which you entered.

If more than one entrant submits an identical or very similar photo, only the first photo that is submitted to the Contest, regardless of method of submission, will qualify. Use of Instagram will be subject to Instagram’s privacy policy and terms of use.

Submissions must not: have been previously entered into the Contest; contain content that violates or infringes another’s rights, including, but not limited to, privacy, publicity or intellectual property rights; disparage Sponsor or any other person or party affiliated with the promotion and administration of this Contest; contain personally identifiable information; contain material that is inappropriate, indecent, lewd, pornographic, obscene, hateful, tortious, defamatory, slanderous or libelous, as determined by Sponsor in its sole discretion; or contain material that is unlawful, in violation of or contrary to the laws or regulations in any jurisdiction where entry is created.

The entrant must be the rightful owner of the e-mail address registered with the Instagram used to log in and post the photo. In the event of a dispute as to the identity of a winner, the winner will be deemed to be the natural person in whose name the e-mail account that uploaded the photo is registered with Instagram. The “authorized account holder” is defined as the natural person to whom the e-mail address is assigned by an Internet service provider, online service provider or other organization (e.g., business, educational institution, etc.) that is responsible for assigning e-mail addresses for the domain associated with the submitted e-mail address. In the event of a discrepancy between the identity of the authorized account holder, the “winner,” and the entrant, Sponsors reserves the right, in its sole discretion, to determine whether the entry is valid or to declare the entry invalid and select an alternate winner.

For each month’s contest, one (1) winner will be selected from all eligible entries received during the applicable Entry Period only if at least 10 unique participants have entered the contest during the applicable Entry Period. Judging will be conducted by Sponsor representatives, whose decisions shall be final and binding on all matters relating to the Contest. Eligible entries will be judged and rated according to the following criteria:

In the event of a tie, a Sponsor representative not previously involved in the judging will judge and rate the tied submissions according to the same criteria as stated above to break the tie. The decisions of the judges are final and binding. Sponsor will notify the winner within three (3) weeks after the end of the applicable Entry Period by message sent to the entrant’s Instagram account by which the entrant submitted the photo. In the event that less than 10 unique participants have entered the contest during the applicable Entry Period, no prize shall be given and the contest shall be voided for that particular entry period.

For each month’s contest, one (1) with the highest score as determined by Sponsor shall each be awarded a $100 PhantomSkinz electronic gift card.

The prize is non-transferable and no prize substitution is permitted, except at the sole discretion of the Sponsor. If a prize cannot be awarded for any reason, Sponsor reserves the right in its sole discretion to substitute a prize with one of comparable or greater value.

Except where prohibited by law, by accepting a prize, the winner hereby grants Sponsor and its agents a worldwide, royalty-free, non-exclusive and sub-licensable right and license to use, distribute, and publicly display the winner’s name, hometown, and likeness in any way, at any time, in any and all media, including for use in advertising and marketing, without limitation, without any additional approval or consideration.

By submitting an entry, entrant represents and warrants that he or she is the sole and rightful owner of the submission and that the following license to the submission may be granted by entrant to Sponsor, without obtaining approval or consent from or paying any consideration to a third party.  Entrant hereby grants to Sponsor a worldwide, non-exclusive, fully paid, royalty-free, irrevocable, perpetual license, with the right to sublicense through multiple levels of sublicensees, under any and all such rights (a) to reproduce, create derivative works of, distribute, publicly perform, publicly display, digitally transmit, and otherwise use the entrant’s submission in any medium or format, whether now known or hereafter discovered, (b) to use, make, have made, sell, offer to sell, import, and otherwise exploit any product or service based on, embodying, incorporating, or derived from the entrant’s submission, and (c) to exercise any and all other present or future rights in the entrant’s submission. Entrant will execute and deliver (or cause its representatives to execute and deliver) any additional documents deemed reasonably necessary or appropriate to perfect, maintain, protect, or enforce Sponsor’s rights described above.

By participating in the Contest or accepting a prize, entrants agree that the Contest Parties are not responsible for lost, late, misdirected, damaged, stolen, altered, garbled, incorrect, incomplete or delayed entries; all of which will be void. Contest Parties are also not responsible for problems related to unauthorized human intervention or for technical malfunctions of electronic equipment, computer online systems, servers, or providers, computer hardware or software failures, phone lines, traffic congestion on the internet or any website, or for any other technical problems including telecommunication, miscommunication or failure, and failed, lost, delayed, incomplete, garbled, or misdirected communications, which may prevent the receipt of an entry or otherwise limit an entrant’s ability to participate in this Contest. Contest Parties are not responsible for any other errors or malfunctions of any kind, whether network, printing, typographical, human or otherwise relating to or in connection with the Contest, including, without limitation, errors or malfunctions which may occur in connection with the administration of the Contest, the processing of entries, the announcement of the prize or in any Contest-related materials. As a condition of entering, entrants agree (and agree to confirm in writing if requested by Sponsor) that to the fullest extent permitted by applicable law: (a) under no circumstances will entrant be permitted to obtain awards for, and entrant hereby waives all rights to claim, punitive, incidental, indirect, special, exemplary, or consequential damages and (b) that any and all claims, judgments, and award shall be limited to actual out-of-pocket costs incurred, excluding attorneys’ fees and court costs.

8. LEGAL WARNING: ANY ATTEMPT BY AN INDIVIDUAL, WHETHER OR NOT A PARTICIPANT, TO DELIBERATELY UNDERMINE THE LEGITIMATE OPERATION OF THIS CONTEST IS A VIOLATION OF CRIMINAL AND CIVIL LAWS, AND SHOULD SUCH AN ATTEMPT BE MADE, SPONSOR RESERVES THE RIGHT TO SEEK DAMAGES AND DILIGENTLY PURSUE ALL REMEDIES AGAINST ANY SUCH INDIVIDUAL TO THE FULLEST EXTENT PERMITTED BY LAW.

If the Contest is not capable of running as planned for any reason, including without limitation, due to a force majeure event or infection by computer virus, bugs, tampering, unauthorized intervention, fraud, technical failures, or any other causes which corrupt or affect the administration, security, fairness, integrity, or proper conduct of the Contest, Sponsor reserves the right, at its sole discretion, to disqualify any individual who is responsible or who tampers with the entry process or otherwise acts in violation of these Official Rules, and to cancel, modify, or terminate the Contest. In the event of cancellation, Sponsor reserves the right to randomly draw an alternate winner from all eligible, non-suspect entries received prior to cancellation. In the event that an entry is confirmed to have been erroneously deleted, lost or destroyed, entrant’s sole remedy shall be another entry into the Contest.

All issues and questions concerning the construction, validity, interpretation and enforceability of these Official Rules, your rights and obligations, or the rights and obligations of the Sponsor in connection with the Contest, shall be governed by, and construed in accordance with, the laws of State of California, without giving effect to any choice of law or conflict of law rules. By entering, you consent to the jurisdiction and venue of the state and local courts located in Los Angeles County, California and the federal courts located in the Central District of California for the resolution of all disputes, and agree that any and all disputes shall be resolved exclusively in those courts. Sponsor’s failure to enforce any term of these Official Rules shall not constitute a waiver of that or any other provision. If any provision of these Official Rules is held to be invalid or unenforceable, such provision shall be struck, and the remaining provisions shall be enforced.

Any personally identifiable information collected during an entrant’s participation in the Contest will be collected and used by Sponsor and its designees for the proper administration and fulfillment of the Contest and as otherwise described in these Official Rules.

For the names of the winners, send an email to support@phantomskinz.com. Requests must be received no later than sixty (60) days after the end of the applicable Entry Period.